Warning: Use of undefined constant full - assumed 'full' (this will throw an Error in a future version of PHP) in /home/perfor73/public_html/wp-content/plugins/rss-post-importer/app/classes/front/class-rss-pi-front.php on line 205 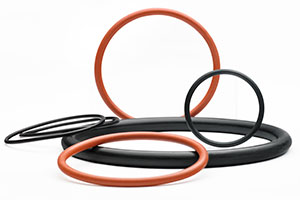 There are many situations where an O-Ring may not last as long as one thinks that it should.  When the expectation is realistic and yet the seal fails earlier than expected, the Applications Engineering team is often asked to help discover the failure mode(s).

Seal failures are often due to a combination of failure modes, making root cause difficult to uncover.  When we begin a failure analysis, we will ask for: hardware information, how the seal is installed, application conditions (temp, fluids, and pressure exposure), and how long into the service that the seal failed.  These details help bring the overall application into focus and enable us to quickly diagnose and resolve seal failures.  In part one of our seal failure blog series, we will discuss compression set, extrusion, and spiral failure.

Parker provides numerous resources to support the diagnosis of seal failures and the best sealing solutions. Check out our latest tech webinar on seal failures modes or utilize our leak troubleshooting app. Also, be sure to keep an eye out for part 2 of our seal failure mode blog series, where I will discuss the rapid gas decompression, abrasion, installation damage, and fluid incompatibility failure modes!