Warning: Use of undefined constant full - assumed 'full' (this will throw an Error in a future version of PHP) in /home/customer/www/performanceseals.com/public_html/wp-content/plugins/rss-post-importer/app/classes/front/class-rss-pi-front.php on line 205 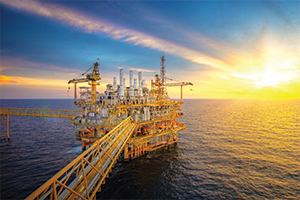 One of the most common failure modes for seals utilized in high pressure applications is known as extrusion or nibbling.  This failure method emerges when the seal material is forced into a clearance gap that is present between the mating substrates and gradually can be cut, nicked, or chewed away.  Typical applications which can see this transpire include dynamic reciprocating cylinders and/or vessels where pressure fluctuations cause clearance gap to open and close trapping the seal between mating surfaces.  The higher the pressure or the larger the clearance gap that is present, the more likely extrusion or nibbling is to occur.  Once a mass of the material is removed from the seal geometry it is inevitable that a leak will eventually form which normally results in failure of the system.  Section 10 of the Parker O-Ring Handbook highlights extrusion and nibbling as well as includes several suggestions for prevention.

Another failure mode which can be seen for high pressure gaseous applications is known as Rapid Gas Decompression (RGD), also referred to as Explosive Decompression (ED). This damage arises after a period of service under high pressure gas, when pressure is reduced too rapidly, the gas trapped within the internal structure of the seal expands rapidly, causing small ruptures or fissures to develop. There are many Oil and Gas industry standard tests which have been developed to determine whether compounds are RGD resistant. Parker routinely tests and acquires certificates for these standards which can be supplied upon request for end user documentation.  Our Oil & Gas Reference Guide outlines our numerous materials, temperature ranges, recommended uses, and a list of approved certifications by material.

To combat seal damage and the typical failures in high pressure applications, Parker has developed material KB292. This hydrogenated nitrile (HNBR) based material has been formulated with physical properties which allow it to withstand exposure to the highest-pressure environments with extreme extrusion resistance. With hardness of 95 +/- 5 Shore A points, KB292 is one of the hardest elastomers in the Parker OES material offering. The extreme extrusion resistance is also identified with a modulus value of 2500psi at 50% elongation as well as excellent abrasion and tear resistance. The material offers good compression set and chemical resistance that is expected from all Parker HNBR’s used in the O&G industry. Additionally, Parker's KB292 has been tested to and passes the requirements of ISO 23936-2 RGD which shows excellent resistance to explosive decompression for high pressure gas applications.

For more information about the KB292 compound, reference Parker’s OES 7003 technical bulletin or chat live with an applications engineer by visiting our website.

How to Avoid Critical Component Failure in the Oil & Gas Industry

Do Your Seals Meet the Demands of the Oil and Gas Industry?

This website uses cookies to improve your experience while you navigate through the website. Out of these, the cookies that are categorized as necessary are stored on your browser as they are essential for the working of basic functionalities of the website. We also use third-party cookies that help us analyze and understand how you use this website. These cookies will be stored in your browser only with your consent. You also have the option to opt-out of these cookies. But opting out of some of these cookies may affect your browsing experience.
Necessary Always Enabled
Necessary cookies are absolutely essential for the website to function properly. This category only includes cookies that ensures basic functionalities and security features of the website. These cookies do not store any personal information.
Non-necessary
Any cookies that may not be particularly necessary for the website to function and is used specifically to collect user personal data via analytics, ads, other embedded contents are termed as non-necessary cookies. It is mandatory to procure user consent prior to running these cookies on your website.
SAVE & ACCEPT